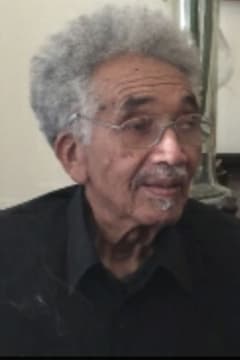 Willie was a graduate of Prentiss Institute and attended Kennedy King College, where he received other degrees.

Willie proudly served in the US Army Eighty Second Airborne Division from 1945-1950. During his service in the military, he was a Radio Glider Repairman and a Parachute Jumper and amassed the rank of Sergeant. Willie worked at Youngstown Sheet and Tube Company for 30 years, as an engineer. Willie was self-employed as an electrical technician in refrigeration, television, and heating for ten years. After his retirement, Willie and his wife Helen relocated to Silver Creek, Mississippi. Willie later became a Bail Bondsman for over 15 years.

Willie accepted Christ as his personal Savior at a youthful age, and expressed his relationship with God by the way he served his fellow man, loving
and meeting the needs many in their time of need. At his death, he was serving as a deacon according to the Bible, at South Pleasant Hill Missionary Baptist Church in Prentiss, Mississippi.

He leaves to mourn his passing, son Alex Speight, nieces, nephews, sister-in-law, cousins and countless friends who loved and admired him.

Funeral Services for Mr. Willie J. Speight will be on Saturday February 5, 2022 at 12pm-Noon. Services will be held at South Pleasant Hill Baptist Church

Visitation services for Mr. Willie J. Speight will be Friday February 04, 2022 from 1-6pm at Laird Mortuary Chapel. Visitation will also be from 11am-12pm, February 5, 2022, at South Pleasant Hill Baptist Church.

Click a candle below to add a candle to your message.